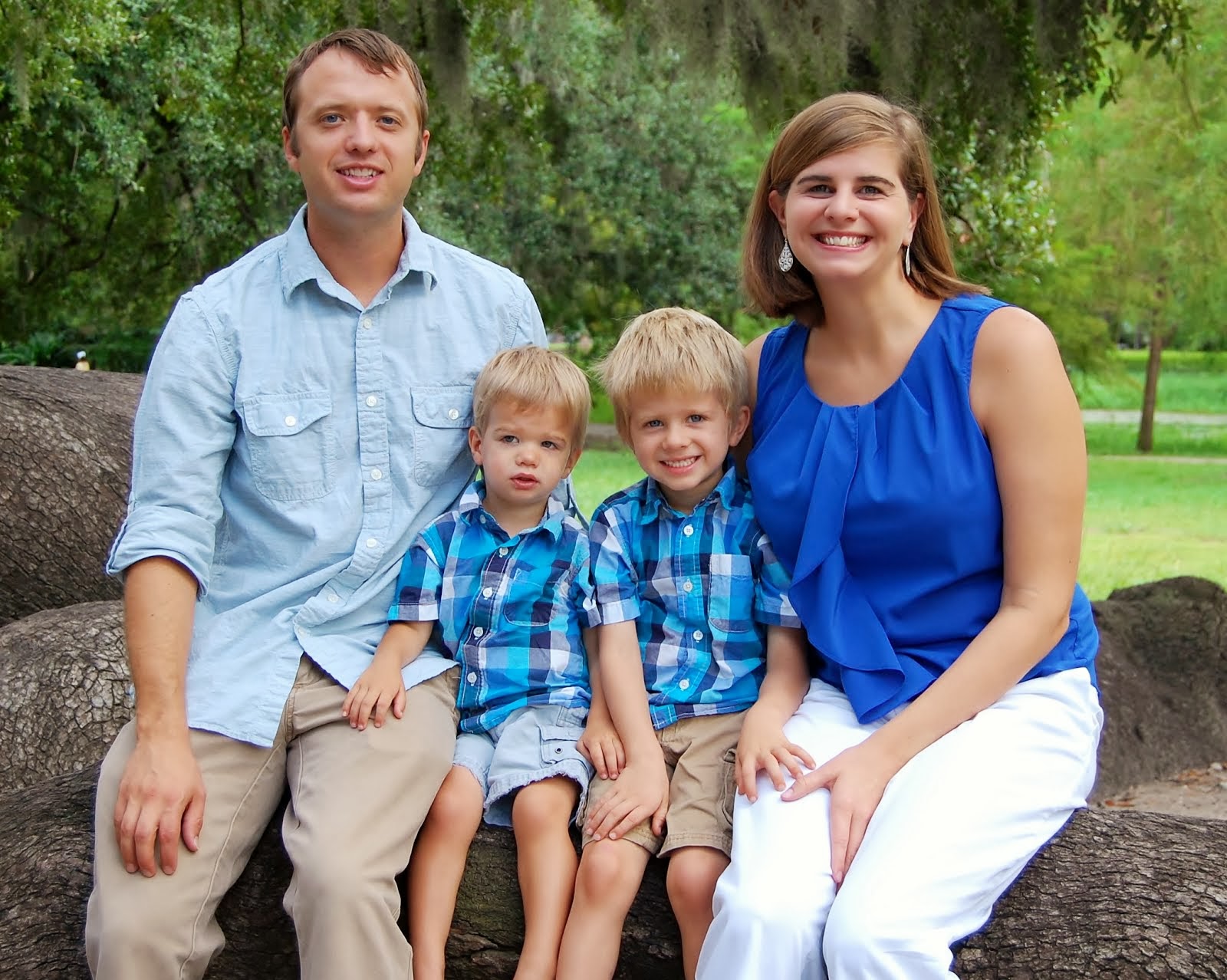 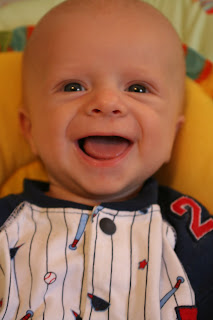 Well, our little man is 4 months old. It's hard to believe. I know, one day I will look back when we are sending Clay off to college and think today was just yesterday. I'm sure a mom will always see her baby boy, no matter how old he gets! Since I have decided my blog is going to be somewhat of my journal through out this time of motherhood, I will try to post more often. In fact, I have heard you can make a book from your blog, something I plan on looking more into. I would love to scrapbook, but have decided that i am more of a "social scrapbooker" than a passionate one. I would much rather journal than play with paper. Having said that, I might post a little more than you want to know, but things I don't want to forget.
Anyway... back to the whole reason for this post. Clay is 4 months and here are some things our little man is doing:
- rolling over from his tummy to his back.
- sucking on his hands and fingers.
- he screams when he gets excited.
- he LOVES to have his diaper changed. I think maybe he likes the perspective from where he lays to where we stand. Plus, since he is so happy at his changing table, it often becomes play time, which might have something to do with loving his changing table. This is quite different from the first few weeks of his life where he would SCREAM and PEE everywhere at diaper changing time.
- he makes a good pouty lip
- can grasp a rattle
- hits at toys above him, but more than that, LOVES to use his feet to kick things. He is definitely more interested in using his feet than his hands. (we might have a soccer player on our hands)
- he smiles TONS.
-beginning to laugh
- trys to stand when I hold him in my lap
- HATES the car, he cries harder when we are in the car than any other time. It's mostly when we stop at red lights. so, we pray for green lights and no traffic!! (yeah, you know when you have a colicky baby and they say to take a ride in the car to calm him down, yeah, that would definitely NOT work for our little Clay.)
- has moved from his cradle to his crib.
- has two bumps on his bottom gum??? they have been there for a few weeks, wonder when he is going to cut some teeth.
- thinks pacis are for chewing and not for sucking.
- loves to play peek a boo
- often sticks out his tongue when he smiles
- is constantly moving when he is awake
- loves when his daddy blows on his belly when it's PJ time.
- loves when his daddy gets home from work.
- likes to be outside, ever since he was born, if he was crying and you took him outside, he would stop.
- loves going for walks in his stroller.
-lifts his head up and supports himself on his arms
- loves to stretch, and makes the cutest face while doing it!
He is such a sweet baby and we are so glad he is in our lives.
Posted by Christina Johnson at 3:36 PM

Aw, he's growing up! Reminds me so much of Orin in some ways (the outside thing, and always being in motion). Orin never cried in the car though. I can't wait to see him again! Hope it's not too long...